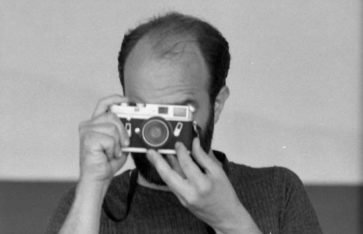 Bud Lee (1941-2015) was an award-winning, Florida-based photojournalist and artist. He was named U.S. Military Photographer of the Year in 1966 and Life Magazine’s photographer of the year award in 1967. He founded the Iowa Photographers’ Workshop and began the Artist Filmmaker in the Schools program in Tampa, Florida. After a long teaching career, Lee returned to photojournalism in 1990. Lee’s work has appeared in countless publications that include Esquire, Harper’s Bazaar, Town & Country, Rolling Stone, the New York Times Sunday Magazine, Vogue, and Mother Jones.

The Bud Lee exhibit will run from May 19 to August 18, with a reception on August 18.